2017 - Many thanks to the following illustrators for creating original drawings to help spread the message of diversity and the need for a national size law in Argentina:

2016 - Belén Llanos has been a public translator for over six years, specializing in script translations and adaptations for films and series, working with both subtitles and dubbed media. She has completed projects for a wide variety of television networks such as the Disney Channel, Discovery, Fox and Canal Encuentro, among others.

She has lent her skills and extensive experience for various translations with AnyBody Argentina and for the Spanish subtitles of The Illusionists, a documentary which explores the link between the global epidemic of body hate and the world of advertising.

April 2013 - Professional photographer, Alejandra Iampietro, volunteered her time and skills to create the images used in an online photo campaign promoting the need for a national, coherent, and inclusive size law. 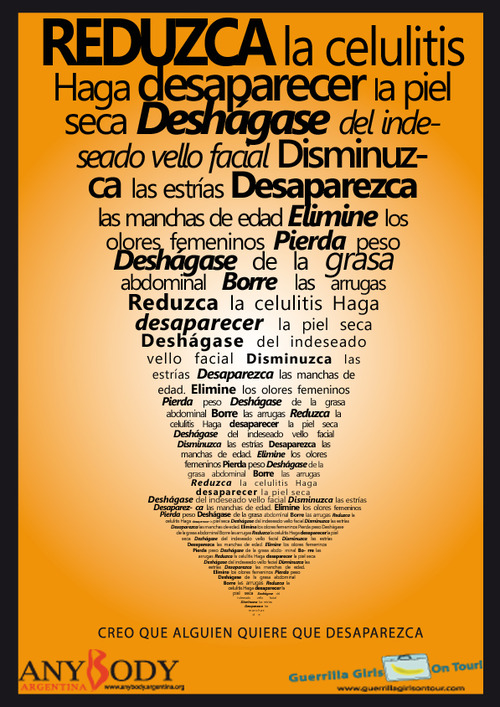